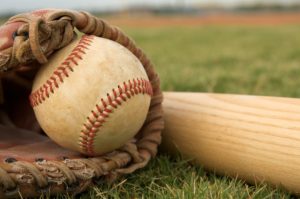 Here are some skills and drills, a few games, and some trivia you can do while we are still abiding by the rules and staying quarantined. Have fun and let us know what your favorite part was or how you modified things to better suit your needs!

This is a game we used to play as kids. It’s an awesome game to not only pass time but also work on throwing, running, and time reaction. Materials you need: at least three players, two areas designated as bases 10-15 feet apart, a baseball or other ball to be thrown, and a good attitude!

Monkey in the Middle

This is an old time game that everyone knows and loves! Have fun and see how long you can be a catcher instead of a monkey in the middle! Materials needed: at least three people, a ball suitable for throwing such as a baseball or football, and a good attitude.

Click the link to test our your knowledge on baseball! Ten Questions each of varying in major league, minor league, basic baseball knowledge and two for our very own Miracle League. 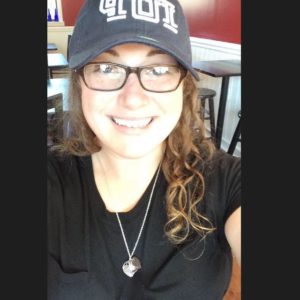 I’m Paula Lieb, Director of Sports at the YMCA of Indiana County. I started at the YMCA as a child, playing sports, being on swim team, a camper in our summer camp, and volunteering. After graduating from IUP with my Master of Education in Health and Physical Education: K-12 teacher certification, it was only natural that the YMCA become a part of my life again. My job helps me grow in many ways including coaching youth and adaptive sports, overseeing adult sports, and allows me to use my various certifications to teach all the things I love including lifeguarding, CPR/First Aid/AED, and swim lessons. Serving my community is my passion, and the Y let’s me do just that. I hope to see you all soon so we can have some fun and play some sports!
Kelsey Krynock2020-12-16T16:08:53-05:00April 27th, 2020|

Join us for our 6th annual Independence Day celebration. The Star Spangled Celebration fair will take place on Sunday, July 4, 2021 at the Mack Park Fairgrounds. This year it

Join us for our 6th annual Independence Day celebration. The Star Spangled Celebration fair will take place on Sunday, July 4, 2021 at the Mack Park Fairgrounds. This year it will look different. Although there will not be a full-day event there will be the Colonial Motor Mart​ fireworks. Mack Park will be closed to spectators so make sure you gather with your family in the community to view from an acceptable socially distanced location.

Join us for our 14th Annual Kennard Fairman Golf Outing. Our golf outing helps provide summer camp opportunities for youth in our community. WITH YOUR HELP, WE CAN CREATE HOPE, AND

Join us for our 14th Annual Kennard Fairman Golf Outing. Our golf outing helps provide summer camp opportunities for youth in our community.

WITH YOUR HELP, WE CAN CREATE HOPE, AND STRENGTHEN THESE YOUNG LIVES. LET’S GROW BODIES THAT ARE HEALTHY, MINDS THAT CAN IMAGINE GREAT THINGS, AND SPIRITS STRONG ENOUGH TO BELIEVE. LET’S CREATE ENDLESS OPPORTUNITY FOR ALL.

9:45 AM- Tournament instructions at Golf Carts

All golfers receive a continental breakfast, beverages on the course, a complimentary hot dog at the turn and dinner buffet.

**Closed Monday-Saturday from 11:30 am to 12:00 pm for disinfecting and sanitization